in Daily News
Share on FacebookShare on Twitter
‼️ Students of the Bauman Moscow State Technical University last night were warned by the university management about the upcoming war-related deductions.

According to 2 sources at the university, male students with even one debt will be presented for expulsion: the corresponding norm will be in effect in the upcoming session.

Thus, any retake will automatically mean expulsion and subsequent call-up, about which students are warned through phone calls.

In addition, the university cancels all academic leave other than those issued on medical grounds.

However, according to the leadership of the university, those students who agree to go to the army will be forgiven their “debts”, and after a year of service they will allegedly be reinstated in their studies.

The corresponding decision was made at a meeting of rectors and the military commissariat of Moscow. 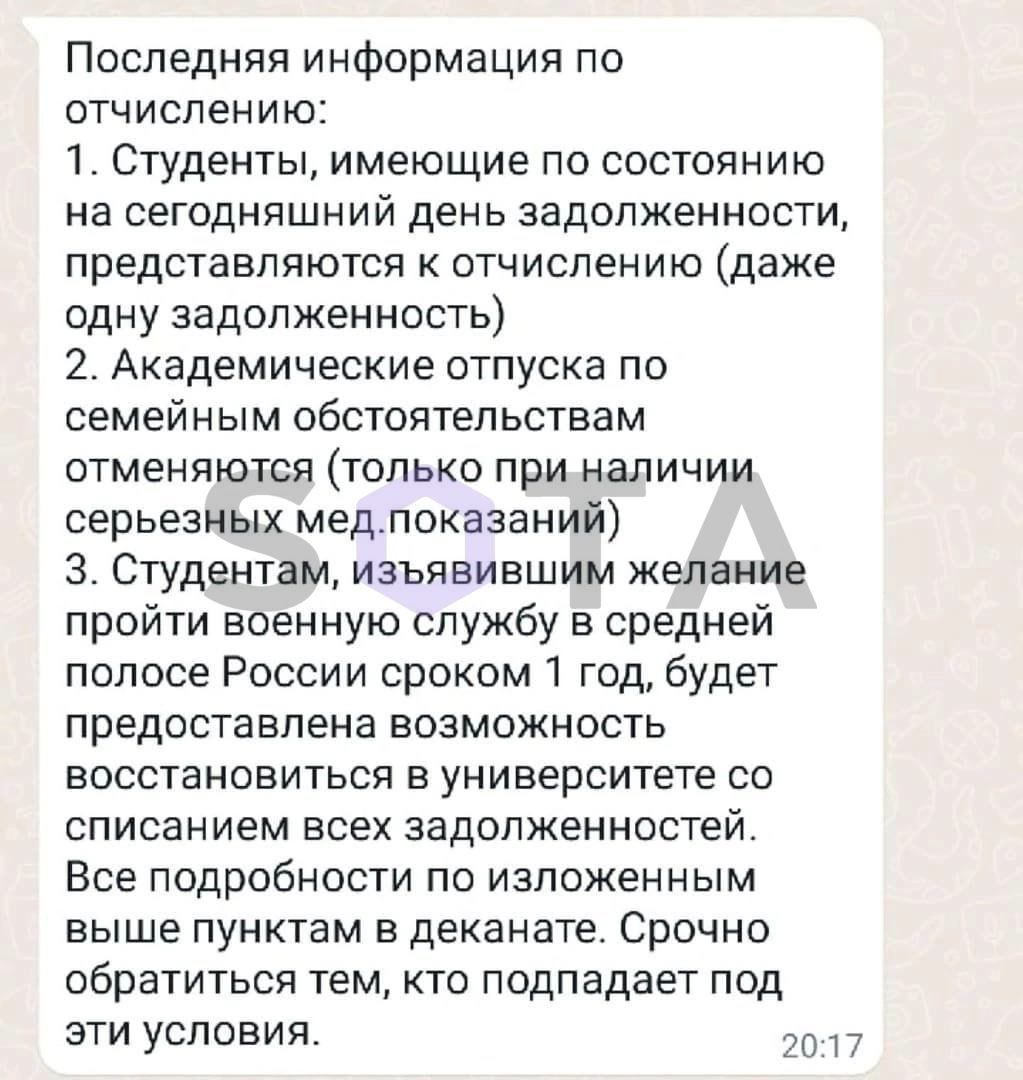 Reuters: The Pentagon is considering Boeing’s proposal to supply Ukraine with projectiles to strike at the rear of Russian troops

From January 2, the Moscow high-speed diameter will…

Navalny was deprived of the right not only to look at documents from a lawyer, but also to listen to how he reads them to him

❗️ Vladimir Putin said that during the “partial…