FIFA persuaded Qatar to lift the ban on…

in Daily News
Share on FacebookShare on Twitter
FIFA persuaded Qatar to lift the ban on LGBTQ+ symbols and lag behind minorities during the World Cup - The Independent.

The federation said the rainbow flag "will not be banned" from stadiums during the next round of games, and the Qatari authorities scolded the governing bodies and asked that fans not be touched on the street and fan zones.

However, the prohibition applies only to symbols. If someone wants to hug each other and show brotherly love, then nothing can be promised. 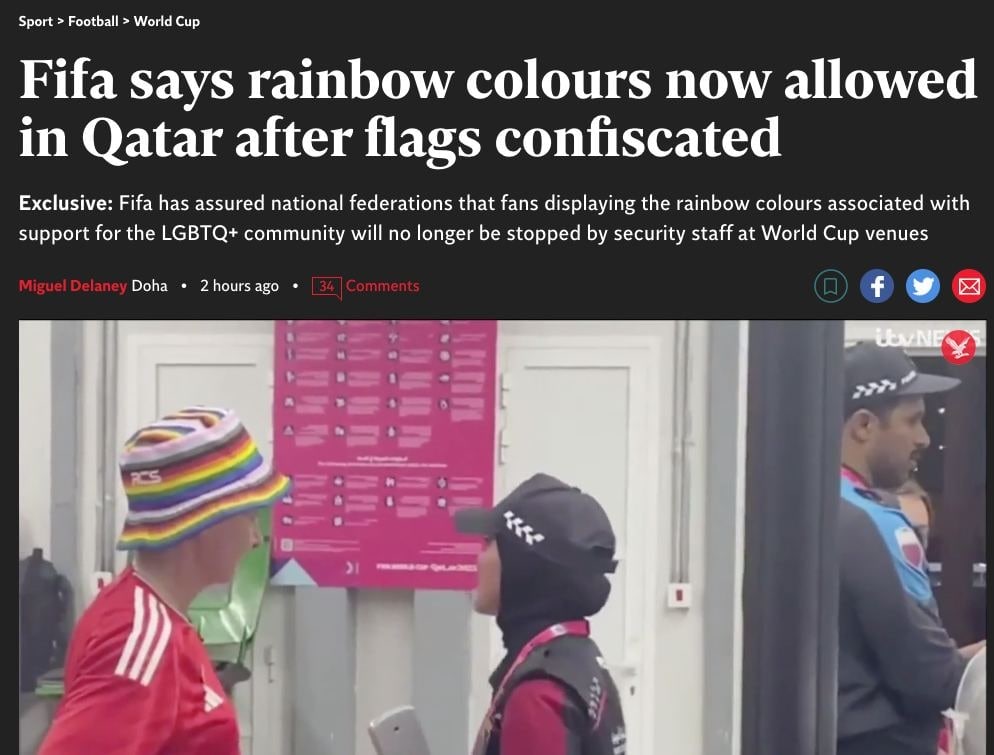 The founder of Wagner PMC, Prigozhin, commented on…

UNCTAD Secretary-General suggests that West Africa will be…