In a Sevastopol school, children were offered to…

in Daily News
Share on FacebookShare on Twitter
In a Sevastopol school, children were offered to paint the LGBT flag during a lesson in honor of Tolerance Day. The parents are angry.

Last week, third graders from 41 schools gathered for a lesson in honor of the upcoming day of tolerance (it's November 16th). The lesson was held under the motto "We are different, but we are together." The topic of tolerance was considered from different angles: they showed a cartoon about the ugly duckling, figured out the terms.

In the end, they turned to art therapy: they handed out a coloring book with a rainbow flag to the children. Thereby. Parents figured that at the next such lesson they could begin to be numbered. A complaint was made to the Department of Education. It turned out that the teacher downloaded the presentation on the Internet and did not approve it with anyone. The next important conversation was already with her.

every hunter wants to know where the SJW sits 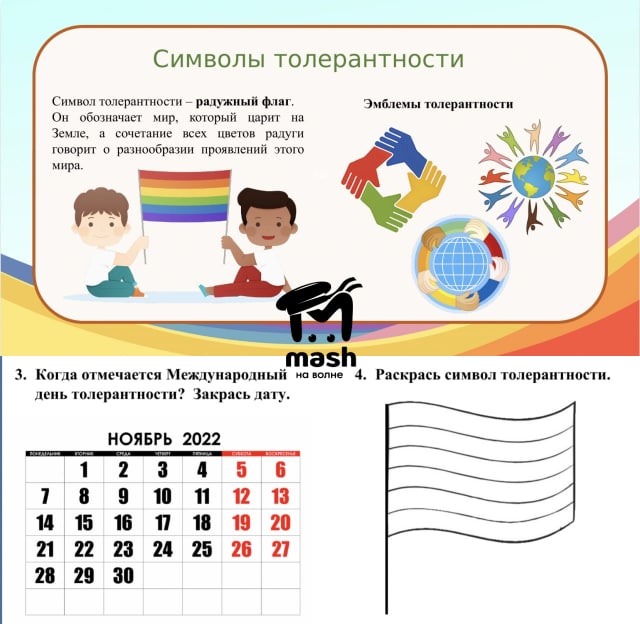 Russia believes that the Kurds “gave the go-ahead”…

The FSB detained a journalist, an employee of Navalny’s headquarters on the border with Kazakhstan. He was forbidden to leave Russia

Another case was brought against Bakhrom Khamroev. Memorial Human Rights Defender Faces Up to 20 Years in Prison