The bans were given the green light and…

in Daily News
Share on FacebookShare on Twitter
The bans were given the green light and they have already rolled a slander on Disney. Roskomnadzor is asked to check for LGBT propaganda every Buzz Lightyear, Little Mermaid and Snow White.

The authors of the letter are private detective Chip and lawyer Dale Maxim Zabolotny and Eduard Demidov. The gentlemen were outraged when the company announced a new policy on non-binary people in their cartoons and began to shove them into new works. In addition to the friendship-love story of sensual monster boys from the Luka cartoon, a same-sex married couple of two mothers appeared on the screens in a solo film about Buzz Lightyear.

The six-page letter, which was sent to the RKN, says: the company has long lost all shame, it has a detrimental effect on children, and in general it needs to be curtailed. And given the new adopted law, we may soon be left even without the old-believing cartoon about rescue chipmunks. 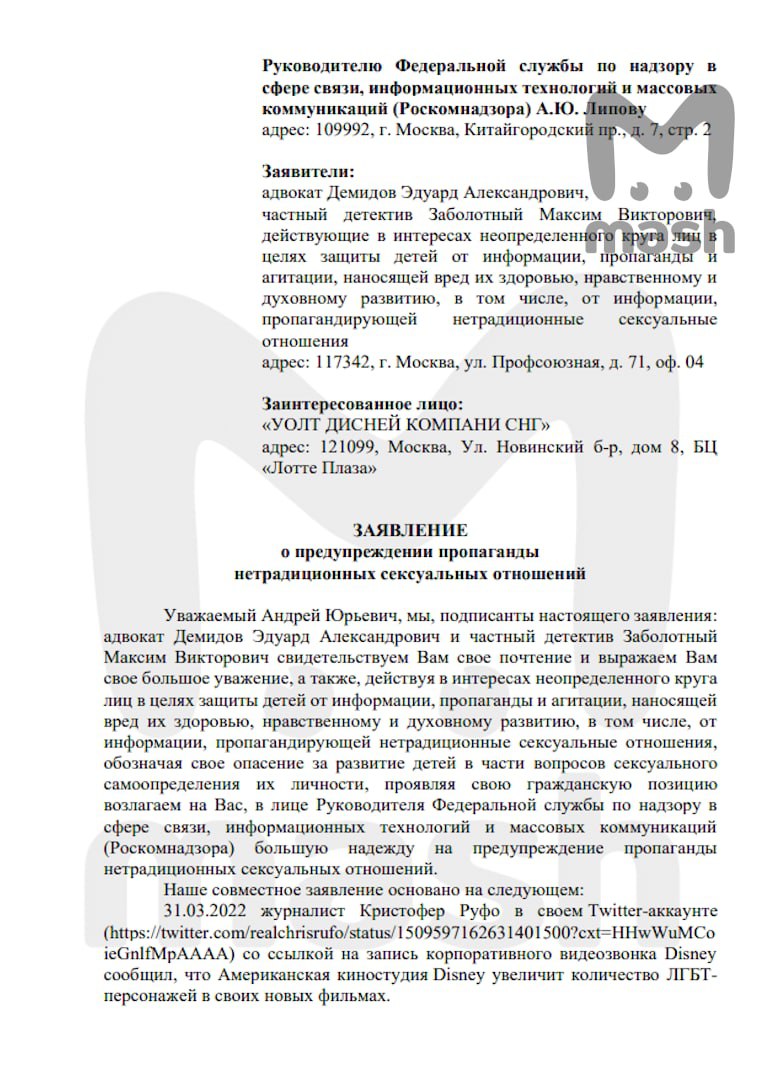 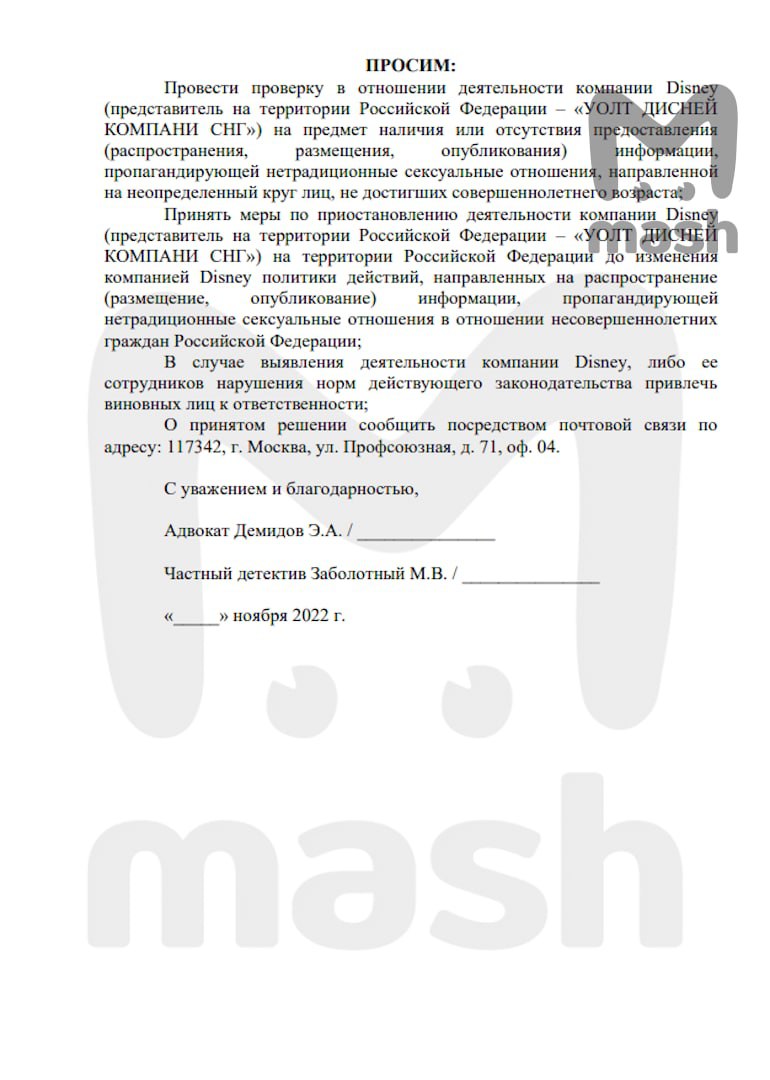 On Tuesday, meteorological winter will come to Moscow…

On St. Petersburg TV they showed a story about the wedding of the mobilized. 43 couples entered into marriage, the deputies presented them with services

The Cabinet of Ministers of the Russian Federation…