After <a href=”https://t.me/sotaproject/50056″>publicity</a> announced at the Moscow State Technical…

in Daily News
Share on FacebookShare on Twitter
After publicity announced at the Moscow State Technical University deductions of students for their subsequent conscription into the army, the leadership of the university urgently began to change their previous statements.

So, if her curators of the groups informed the students yesterday that they would be expelled after the first failed exam, today a clarification came out: before the commission was passed, the deductions should not take place.

At the same time, the university does not cancel and does not trying to deny other war-related decisions: a ban on academic leave (according to various sources - either only for personal or for any, up to medical, grounds) and forgiving students of debts if they agree to serve a year in the army.

Screenshots: the position of the university before and after the publication of "Honeycomb" 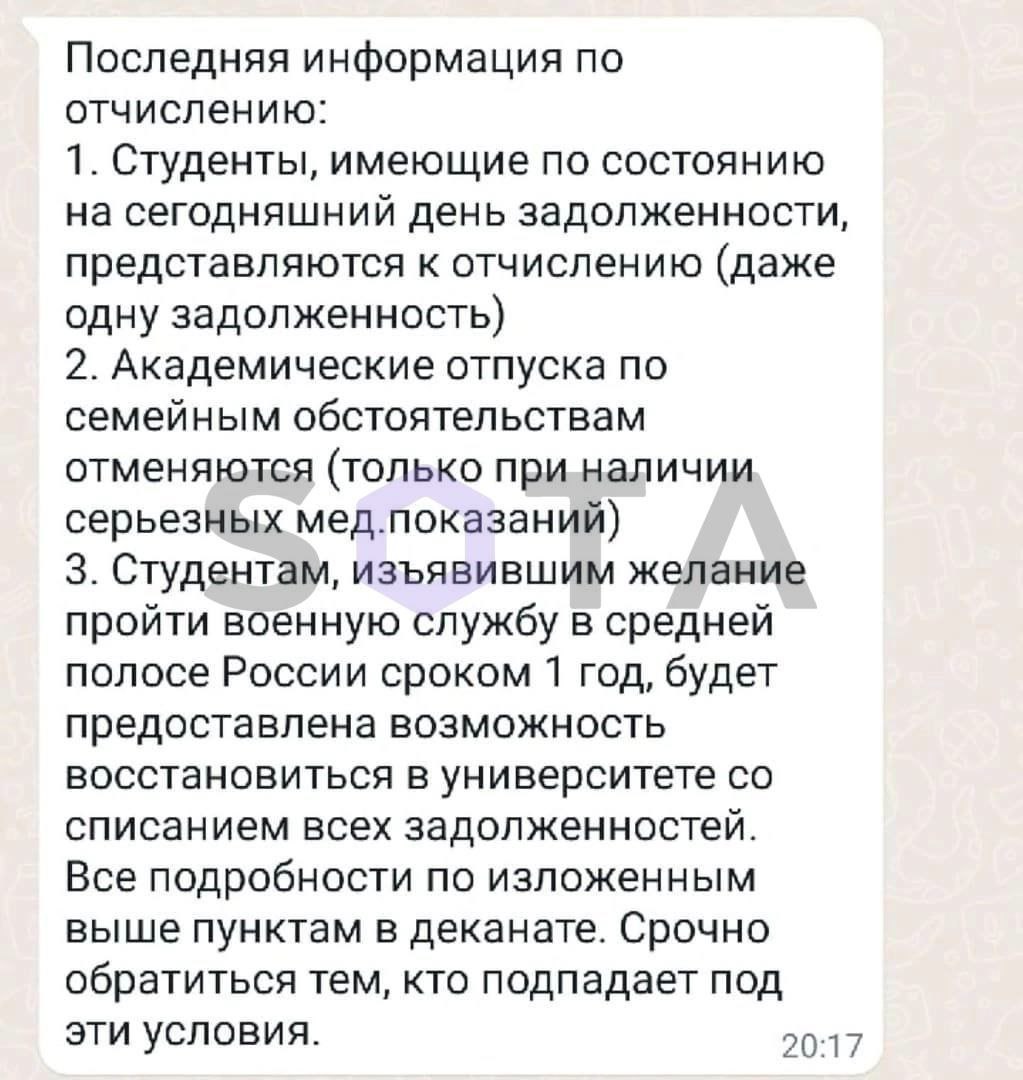 In the conflict between Armenia and Azerbaijan, it is important for SCO leaders and Putin to show that they are able to reconcile everyone – political scientist Dubnov

Navalny’s team found Lyudmila Putina’s blog on LiveJournal, where she complained about her husband and took psychological tests