The State Duma intends to change the status…

in Daily News
Share on FacebookShare on Twitter
The State Duma intends to change the status of mobilized Russians.

A number of deputies-lobbyists of the power bloc suggested legally break it into three:

- called up for military service on mobilization;

– serving in the military under a fixed-term (annual) contract in emergency situations, military conflicts, etc.;

- those who have concluded a contract on voluntary assistance in the performance of tasks assigned to the RF Armed Forces (in fact, mercenaries).

Such an initiative may mean the desire of the state to cancel payments to those mobilized, who are now equal to contract soldiers in receiving money.

Characteristically, this innovation is an explanatory note, at first glance, does not mention the technical bill. 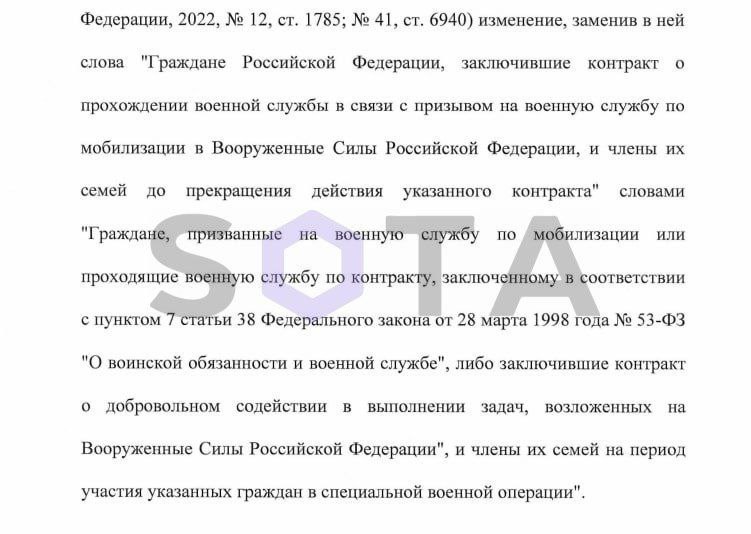 Tower collapse. The Kremlin will replace the personnel responsible for foreign policy

The Ministry of Justice added The Bell, Rovshan Askerov and Mikhail Fishman to the register of “foreign agents”

“For a long time he crawled past the torn off arms and legs, now he cannot eat meat.” How APU soldiers cope with PTSD

The Federation Council received a proposal from the…

Mikhail Erokhin was detained in Yekaterinburg for reposting…